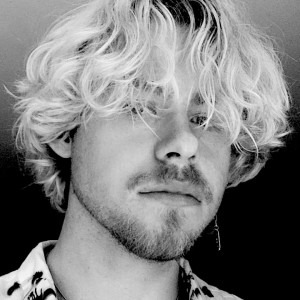 If there’s one word to describe Colin Browen, it would be spooky. From investigating the paranormal to exploring the unexplained, Colin’s life has always revolved around an exploration of the dark, with a heavy affinity for the alternative. Raised on grunge rock and ghost stories, Colin was thrust into the world of the paranormal at an early age when his family unknowingly moved into a haunted house. Through investigating the home for years and learning to live with the spirits themselves, Colin became closer with the paranormal than he had ever been before- and that was just the beginning.

Since his early experiences, Colin has expanded his knowledge and studies of the paranormal to a much wider degree, having now investigated many of the nation’s most infamous haunted locations, from Gettysburg, Pennsylvania to the Myrtles Plantation in Louisiana. He has captured on camera everything from phantom voices to visual anomalies, and has even on multiple occasions been scratched and followed home by dark entities. The first major recognition of his work with the paranormal came at the end of his senior year in high school when he premiered his documentary, The Paranormal Files, in the school’s haunted auditorium. Through the premiere he was able to fundraise for his high school’s newspaper and spread his spooky ideas to the world.

At the age of 19, Colin starred in his first paranormal show called, "Teen Spirit" which aired on the Verizon GO90 Network. "Teen Spirit" chronicled his adventures as a college student by day and ghost hunter by night and quickly became a fan favorite.

Now, when Colin isn’t investigating the paranormal and filming his show "The Paranormal Files," he keeps busy producing and recording his own music, exploring abandoned locations, attending film school and playing shows across the southern United States. Colin produces both hip-hop and alternative rock music under his stage name, Kid $pooky, and has multiple albums available for streaming now (on Spotify, Apple Music, Soundcloud, etc.). He tours often, playing shows as Kid $pooky and is joined frequently by the his hip-hop collective he founded, $POOKYGANG. Colin is an avid fan of coffee, cemeteries and the band Type O Negative, and has a lot to say with his art. His distinctly unique outlook on the world comes out in all of his artistic pursuits- whether it be music, film, writing or photography- and he’s determined to show the world what it really means to stay spooky.