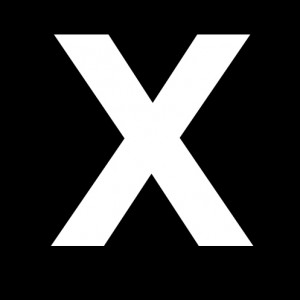 I've produced and directed hundreds of hours of paranormal television and because of that, many people have asked if I've ever seen a ghost. Well, my response is usually to say that even though I've been inside some of the most haunted locations in the world, I really haven't had much of an experience. I continue to say that I'm just not as open to the paranormal as the experts I'm working with. I like to say, "I'm dead inside." That usually gets a laugh. But the truth is a little different. I have had a few experiences and I've been to several locations that really freaked me out. In this blog, I'll tell one of those stories.

During my first shoot at the St Augustine Lighthouse (I shot there a total of three different times), I did experience something very odd, not scary per se, but something that I could not explain, and that's usually the measurement of what we consider paranormal - right? If I, as a relatively intelligent human being, with a relatively sensible head on my shoulders, and a skeptical perspective on pretty much everything I witness, has an experience that I cannot rationalize or explain within my somewhat educated understanding of science and certain scientific principles...then to me, it falls into that paranormal realm, or as I like to call it, The Dark Zone.

When shooting this particular show, we'd always film with the investigators first. We'd follow the investigation and get all of their reactions to what they were experiencing. Then, on a later day, we'd go back to the location without the investigators and shoot what we traditionally call, "b-roll." This would be all the footage that did not feature the investigators at all, for example: the establishing shots of the location itself. These would be big wide shots of the lighthouse tower and the light keeper's house in daytime, at night in color and also in infrared (night vision). This shoot would generally take us almost as long as the actual investigation since we'd be utilizing more traditional filmmaking gear (like jibs and steady rigs) and also getting more traditional film style shots (beauty shots of the location - all exteriors and interiors). The entire crew would be involved and that usually meant 3 camera operators (A, B and C), two audio guys (who generally didn't need to record audio on this day but were always there to help out), an assistant camera guy, our coordinator, production assistants and of course, me.

The other important element of this story is the layout of the location itself. If any of you have ever been to the St. Augustine Lighthouse, you know that you approach through a drive way that takes you into a rectangular shaped asphalt parking lot that's about the size of a football field - maybe a little smaller. The first building you encounter is actually the lighthouse museum / gift shop. 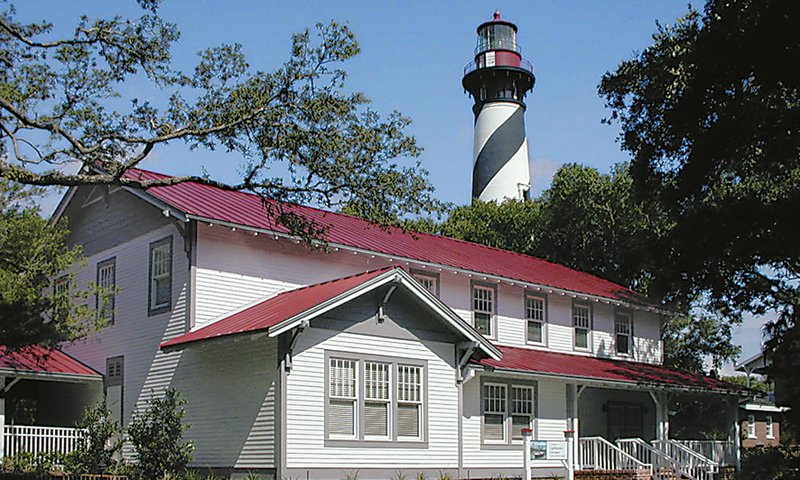 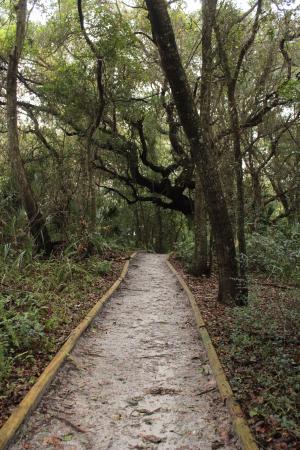 If you go through this building and exit out the back, you find yourself on a nature trail that takes you through a small thicket of woods and green tropical overgrowth, winding toward a walled courtyard. This is where you find the light keeper's house and the lighthouse tower itself (seen in the image below). 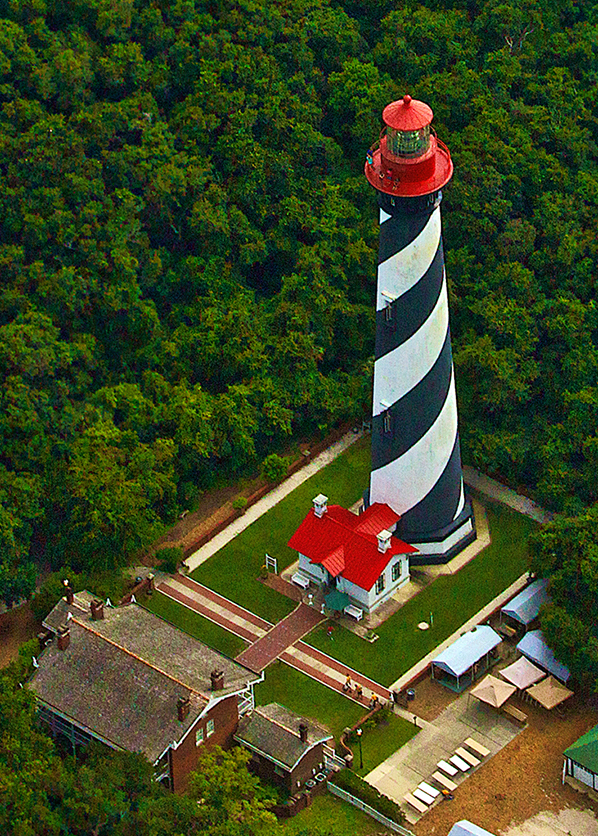 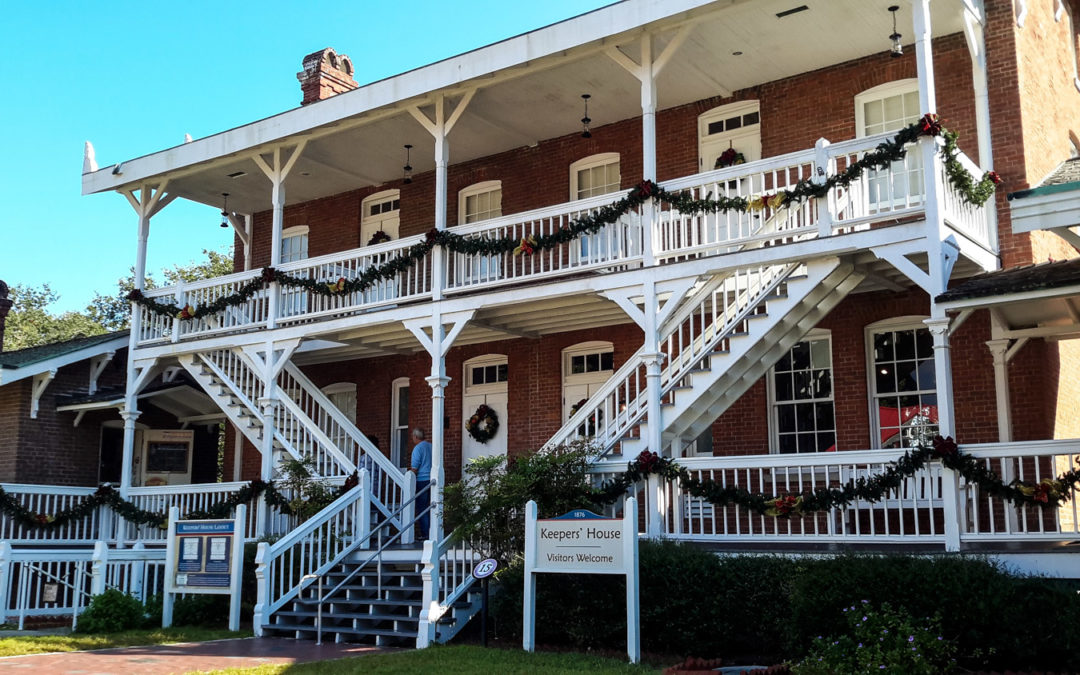 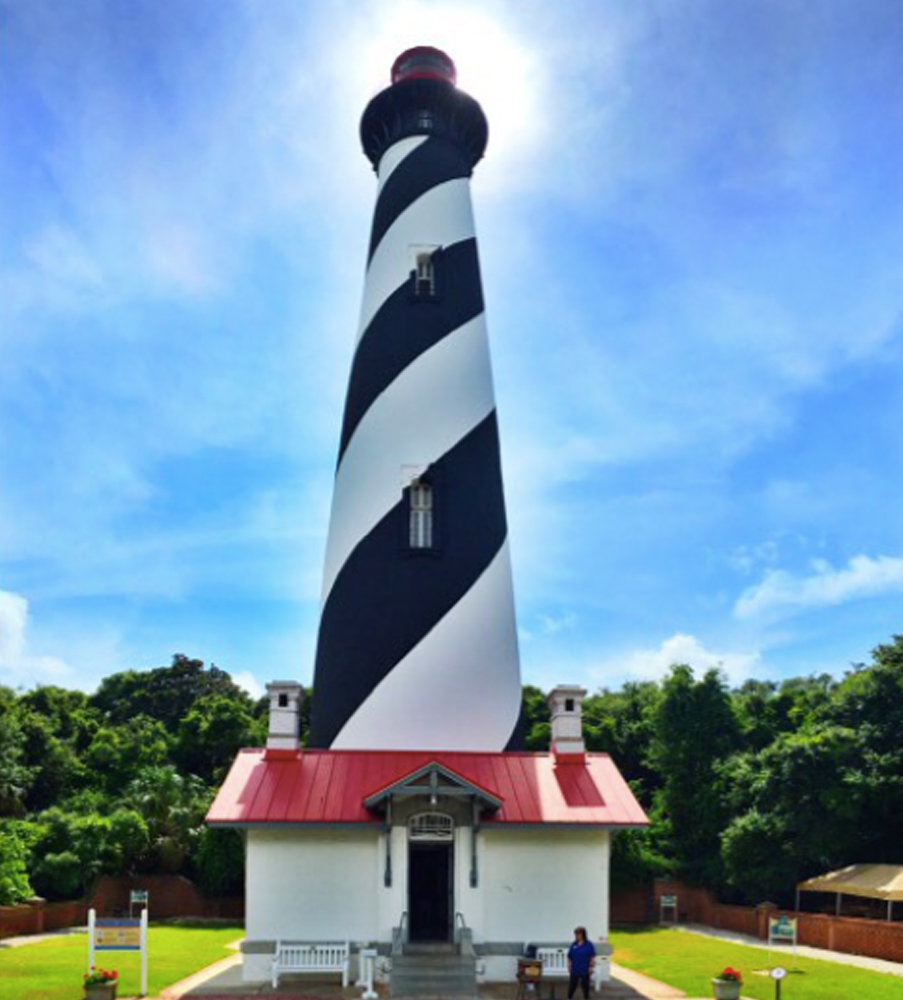 Now that we have our bearings, let's get on with the story.

Keep in mind, just the night before, during the investigation, our paranormal experts experienced some pretty significant activity. This location was one of the more active sites we'd ever had on the show and it resulted in some rather interesting paranormal evidence. But, for the crew, it was another shoot night and we approached it with the same professionalism we did on any other job. We shot from late afternoon to early morning and around 3am, it was time to pack it in and the crew started breaking everything down. If you've never seen a film crew set up or tear down, it's actually pretty interesting. While filming is happening, gear is everywhere, and sometimes it's some pretty big stuff. There are stands and lights, tripods, cameras, sandbags, apple boxes and other gear all over the place and when a crew breaks down and clears out, they leave the place the way they found it and you'd never know they were there. It's a pretty big undertaking and it all happens within about 45 minutes to an hour. It was toward the end of this tear down that I had my experience.

I was standing on the patio, at the top of the steps at the light keeper's house, looking for my "C" camera operator. Let's call him "Bill." My audio guy was standing right next to me. I asked him where Bill was. He didn't know. So I called out Bill's name. Both of us heard a response come from the direction of the lighthouse tower. It was a very distinct, "yeah?" from inside the tower. I expected Bill to exit the tower and walk over to us. But after a few seconds of waiting, this didn't happen. Nobody exited the tower. There was no Bill around. My audio guy and I looked at each other with a touch of confusion. So I called out for Bill again. This time I was louder and I'm sure there was a tinge of impatience to my tone. We heard, "yeah?" again, but this time coming from the left, off in the woods beyond the wall of the courtyard from the direction of the gift shop. Sure enough, Bill comes strolling through the entrance. My audio guy and I look at each other, now thoroughly confused. I look back to Bill. "I was calling you!" Bill responded, "Yeah, I heard you." "Yeah, but I called you two times!" I said. What he said next sent a chill right down my spine. He said, "I only just heard you that time and I answered back." It wasn't him the first time! He had been stacking gear in the equipment van out in the parking lot and had only just started heading back. He never heard me the first time I called to him! So who answered that first time? I made a bee line directly to the tower. I entered and proceeded up all 219 steps to the very top. I did not encounter one other person the entire way up. I was in there alone.

So, who - or what answered me that first time I called out? My audio guy heard exactly what I heard and both of us thought we heard Bill's voice coming from the lighthouse tower. Bill said he only heard me call the second time, not the first. What scientific principle explains what I experienced? Moving on from that, what paranormal theory explains what I experienced? It was weird, but by no means would I say it was a ghost experience. It was something I can't explain, but I have no idea what actually happened that night.