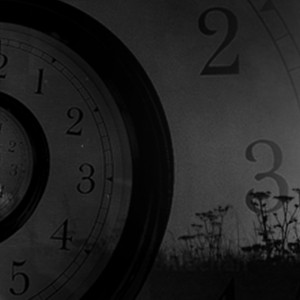 Scenario #1: The Patients of C Ward

The year is 1924. Summertime at the asylum means two things: it's hot in the hallways and the uncomfortable heat is making the patients in C Ward act up more than usual. The two patients here, under the care of Dr. William Sinclair, are special cases. They are not dangerous to others or themselves so they are allowed to roam the halls freely. Although there are times during their "episodes" where it's necessary to restrain the patient and place them in isolation, but they are rare. What these two suffer from is delusion. They believe that without a doubt, they can leave there bodies at night and travel to the future. In a recent session with one of the patients he described his latest "trip." He was in the year 2016. The asylum was in ruin. As he made his way through the dark halls he saw three people he did not recognize. The three people were dressed in all black and holding strange devices that made weird noises and had flashing lights on them. One of the people was asking questions. The patient tried to answer him, but it was as if the people couldn't hear him. When the patient went to touch the person closest to him he woke up and found himself back here in his room.

What if he is actually traveling to the future and interacting with people who can't see or hear him?

Scenario #2: Grandma's Dreams
Grandma has been gone for three years now. We moved into her home last year and ever since that time we've felt her presence and have even heard her voice in different rooms of the house. After a recent event where I saw a shadow cross the kitchen, followed by humming, which sounded like Grandma, I was reminded of the stories she use to tell us. When Grandma was alive she use to tell us about dreams she had. In them she was in the house doing what she always does (cooking, cleaning, listening to the radio), but the furniture and decorations inside were different. She would see us, her grandchildren, as adults in the house with people she didn't know. In her dreams she would try to join in on our conversations and get our attention, but no one would ever answer her. We would only look in her direction as if we were scared. We would always laugh at Grandma's stories and tell her we could never be scared of her, but now I'm starting to think differently.

What if we're actually living in the moment Grandma said she was traveling to? Are we being scared by her now as she dreamed about in the past?

Scenario #3: The Time Machine
Welcome to the year 2105. There have been many advancements in the field of science. The latest announcement comes from the study of electromagnetism. In the upcoming issue of Scientific America, the cover story will disclose the findings from this years time travel trials! Many test signals have been sent back to different times, ranging from 1890 to 2026. To date these tests have only consisted of light and sound waves, and from studying data from "paranormal" researchers during those times in the past it has been concluded that sent voice messages have been captured on recording devices. There are also documented sightings of lights and shadows, which corespondent to the light wave signals sent back. Unfortunately scientists are only able to send these signals to targeted dates and locations 5% of the time. The majority of the signals are scattered, but seem to focus on a number of "Hot Spots." In the coming year tests will include sending small inanimate objects like coins back through time. Monitoring investigations of the paranormal in the past will tell us if these tests are successful.

What if what has been labeled "paranormal" from the year 1890 to 2026 are only signals sent through a time machine in the future.