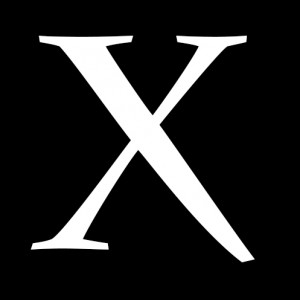 For now, call me "Producer X." Over the last 15 years I've produced hundreds of hours of television and among them, many hours of paranormal reality shows...and I've seen some pretty interesting things. I can't talk about the shows per se, but I can discuss my own personal experiences.

I started in film and television as an editor - always being lucky enough to work on shows I would have actually watched. Then I transitioned into directing with one of the grandaddy of all paranormal shows. I loved this show! I was the first editor on it, helping to craft and create the look and sound of the series, and then after the first 10 episodes, I became the director.

Here's a description of how my job was done back then: I would work with the cast to shoot the first scenes of the show where they would discuss where they were going and go over the known history and reported paranormal activity. The team was already very knowledgeable about the location and really my job was more about making sure we got all the angles we needed and all the story points necessary to edit a good show together. We then shot the drive to location where there would be additional conversation that always served well to build anticipation about the investigation. Then, we would shoot a tour of the location where we would hear from first hand eyewitnesses to the actual activity, or people who were in the know. After that, it would be getting dark and it would be time to get ready for the investigation.

Investigation setup was always a bit of a cluster f**k because all team members were moving in every direction unspooling cables, rigging cameras, setting IR lights, setting audio gear and trying to get the DVR up and running. And even though it was only about 30 seconds or less of actual show time, it generally took two hours and we would shoot every second of it. After a while, it becomes somewhat difficult to do anything artistic with cameras going on top of tripods. But, somehow, we kept it interesting week after week. Then, the lights would go out and the investigation would begin.

Because as viewers we've all become so accustomed to infrared or night vision footage, we often forget that these paranormal teams generally do their work in absolute darkness. There's the occasional flashlight here and there, but when they settle into a room, they are usually surrounded by darkness. Most of the time, they cannot see their other team members. Now, one might think it would be a difficult and even frightening environment to work in, but I have to admit, I always found it peaceful! You see, the actual investigation was a time where I often didn't have much to do. The paranormal investigators were seasoned and doing their own investigation. The camera teams had their own assignments and were all skilled visual storytellers, so I didn't really have to direct them. Mostly, I put my headset on, found a very quite corner of some dark room and sat back, relaxing and listening. Since this particular show was pretty much a true docu-series where we followed the cast around documenting their activities, I was able to just sit, listen and take notes. So many of these investigation nights became the most peaceful nights of my life. I'm in a supposed haunted location, in some creepy dark and abandoned ruin of a room, sitting isolated, all by myself - the only noises my breath and heartbeat - and it was the best feeling ever.

Over the years, many fans of the genre have asked me if I was ever scared in these locations. Well, I'd be lying if I said, "never" (and we can revisit that in future blogs) but truthfully, most of the time it was just the opposite. I was at peace in many of these locations. While the team were chasing down EMF fluctuations and cold spots, I'd be tucked away in the dark listening to their adventures and jotting down my notes so I'd know what on-camera questions to ask them later. Keep in mind, most of these locations are shut down. They are in disrepair. Usually there is very little light pollution and almost no noise pollution. You're often in a building that is being reclaimed by nature with holes in the roof that show you a glimpse at the moon or the twinkle of the night sky. It was truly an amazing experience.

Well, I'm going on and on so I think I'll wrap it up here. If you're interested in hearing more of my stories, keep an eye out for additional tales of my personal experiences producing and directing paranormal shows.