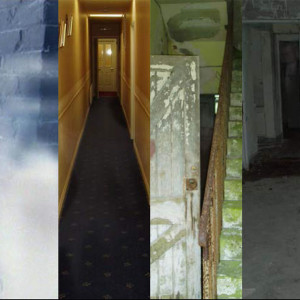 How Do Ghosts Do What Ghosts Do?

I’ve been investigating the unknown for a long time. At this point I can even state that I’ve been researching the paranormal before some of you were even born (That is scary!). I mainly venture out on my own, but when I do go out with groups I spend a lot of time watching how they investigate, and there is one technique I’ve noticed during every single investigation. As I have written in my book (Ghosts From the Ground Up) and stated at every panel I speak at, too many people and too much time is spent asking the Who, What, Where, When and Why:

Nearly no one is asking HOW?

That is the one question I am focused on whenever I do research, and it's the question I'm hoping others like you will start asking more after this.

The question: HOW do "ghosts" do what they do?

I have quotes around the word ghosts because when we ask any questions about the unexplained we cannot assign a defined term... YET.

The way I put it is that we are just cavemen waving sticks at 747’s when it comes to the paranormal. We still have so much to learn before we — the living — can say for certain what ghosts are. And it may not happen in our lifetime. Think about the Viking’s belief about lightening and what we know now. So will investigators in the future look at what we’re doing now and laugh? ... It’s very possible.

When asking questions, we must be open to the fact that we are dealing with something bigger than us — something that we, with what we currently know and understand, can’t even comprehend. There are forces in nature and the universe we are just discovering, which makes it safe to say there are even more forces and phenomenon that we may never know of in our lifetimes.

Micheal Faredy said: “Nothing is too wonderful to be true if it be consistent with the laws of nature.”

But before the “don’t blame me the ghost did it” conclusion we have to gain a greater understanding of nature, the vast universe and all that they are capable of. Let’s take a look at some claims when it comes to paranormal activity and interaction along with some possible explanations to HOW ghosts are doing what they're doing.

TOUCHING
Energy could stimulate nerve endings and pain receptors in the skin creating the sensations of touch, pressure, pain, hot and cold.

PUSHING
Energy stimulates muscle tissue causing it to contract, which throws the body off balance. This in combination with the feeling of touch just might create the sensation of being pushed.

SCRATCHES, RASHES AND OTHER MARKS ON SKIN
Energy in the form of heat, focused on a single spot on the body would leave a mark and cause pain. But questions remain. Could “intelligent” energy become this new form to create a mark? Or, can our energy manipulate other energies around it, like heat, to scar flesh?

POLTERGEIST ACTIVITY
Is it possible energy is creating a localized gravitational anomaly, causing objects to be pulled towards it, not away from it?

Could energy create an area of concentrated high pressure in the air?

Could a change in air pressure, a pressure much higher than that in the room, pull objects into it?

A sudden change in air pressure could also create a wind burst, which would push an object away from the energy. It could be suggested energy creates a magnetic field, which draws the object towards or away from it (depending on the pole), but this could only attract and repel objects containing magnetic metals (iron, nickel, cobalt, gadolinium, neodymium and samarium).

NATURAL ENERGY SOURCES
Energy made the universe and everything in it. These same energies that created all we know exist today and will continue long after we are gone. We have no control over them, but they have complete control over us. These are nature’s energies and if anything feeds and gives power to our disembodied energy it would most likely be one of the following.

HUMAN INTRODUCED ENERGY SOURCES
As we have evolved over the past 100 years (a blink of an eye in the timeline of existence) our technology has advanced at a high rate of speed. The human race has saturated the air we breathe, space we travel, land we walk, and underground we mine with energy waves — energy, which could feed our disembodied energy.

QUESTION: Has paranormal activity increased over the past century in correlation with the following additions to the energy field?